I am so excited to share with you all the newest addition to our mid-century modern family, our 1956 Nash Metropolitan!! My hubby Gary and I are over the moon excited with this adorable micro car that couldn’t be more perfect for two people (and their cute puppy dog). The fabulous turquoise blue color of Berkshire green just screams let the good times roll.

The story behind our Nash Metropolitan is quite endearing and it puts a smile on my face when I think about it. Our Metro came from Oregon where it was put on a truck and driven down to a well-known Nash Metropolitan restorer in southern California. It belonged to a husband and wife who were Nash Metropolitan enthusiasts and their grown children were selling it as it had sat out in the fields for years since their folks had grown older. Fun fact is that the Nash Metropolitan is also known as the “clown car” because it looks so zany and small and their parents had actually attended the local clown college and drove around in their Metro’s dressed as clowns. Isn’t that wild!! It must have been a real hoot to see them!! The mom even had a convertible Nash Metropolitan for years and her husband purchased the hardtop for her but she never really drove it because she enjoyed the convertible so much.

END_OF_DOCUMENT_TOKEN_TO_BE_REPLACED 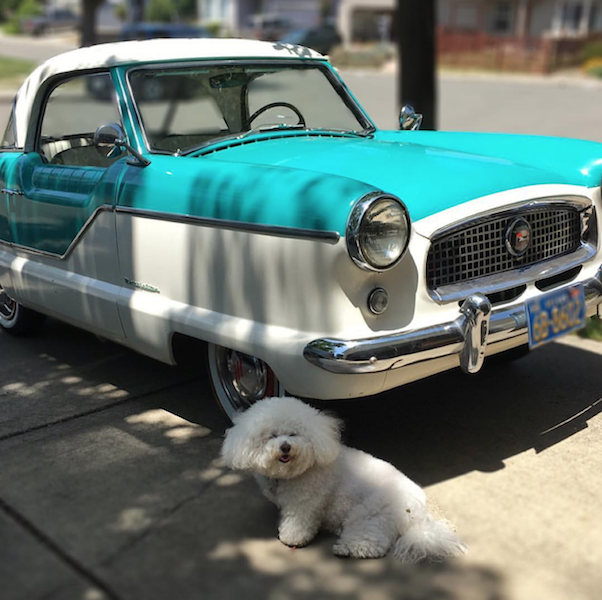