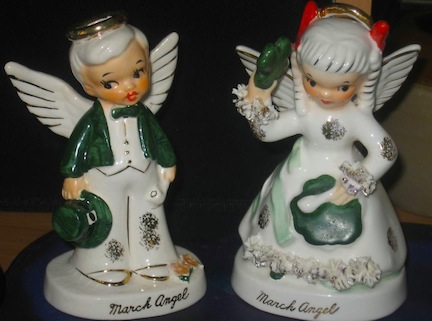 Looking at vintage St. Patrick’s Day figurines from Lefton and Napco make me smile. I especially like the Napco St. Patrick Angel complete with her rhinestone studded clover and dress!  I am also seeing some gorgeous vintage clover china dinnerware that would be nice to add to a St. Patrick’s Day tablescape. With St. Patrick’s Day next week, I am sure more and more vintage “Irish” cuties will be appearing!! Hope you are all having a great day!! 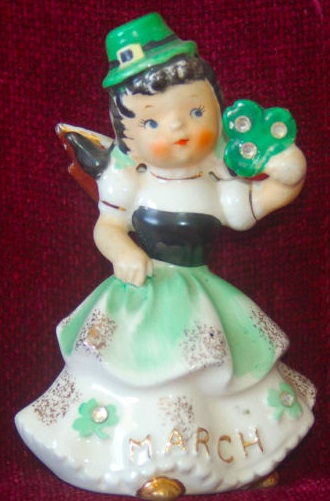 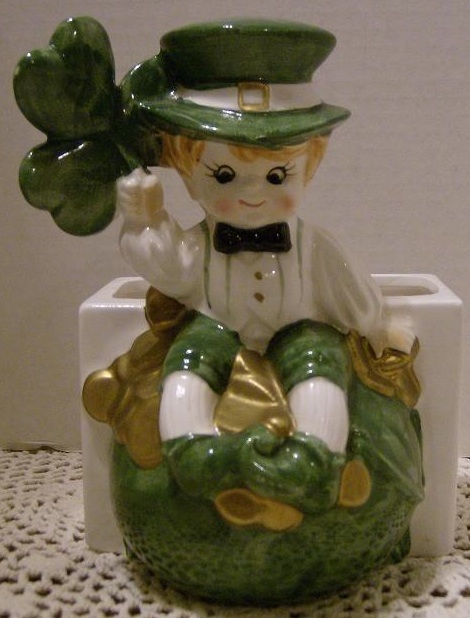 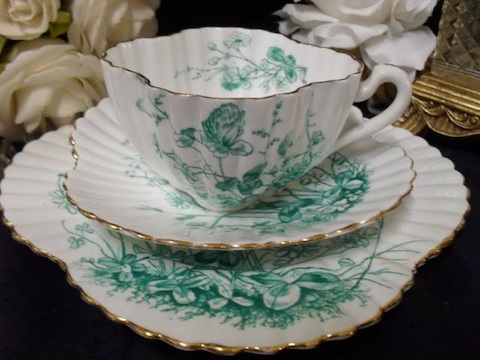 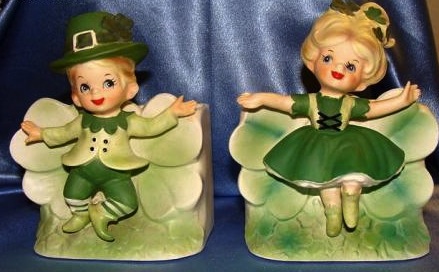 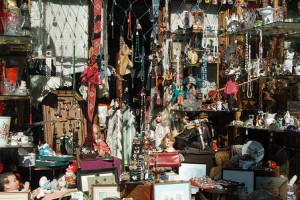 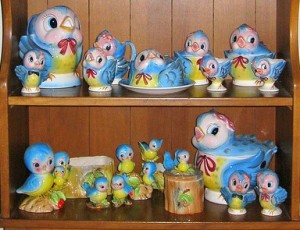 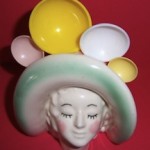 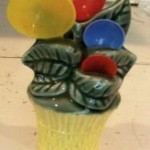 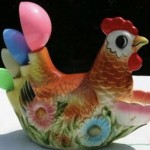 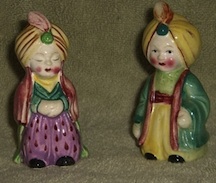 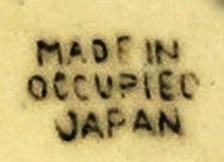