Springtime in northern California is beautiful. Hubby and I headed to Bodega Bay for some sunshine and fresh seafood. Bodega Bay is famous for the Alfred Hitchcock movie The Birds and I have written about my Alfred Hitchcock themed Pinup photoshoot we did that you can read about here  –  Bodega Bay Bombshell

END_OF_DOCUMENT_TOKEN_TO_BE_REPLACED 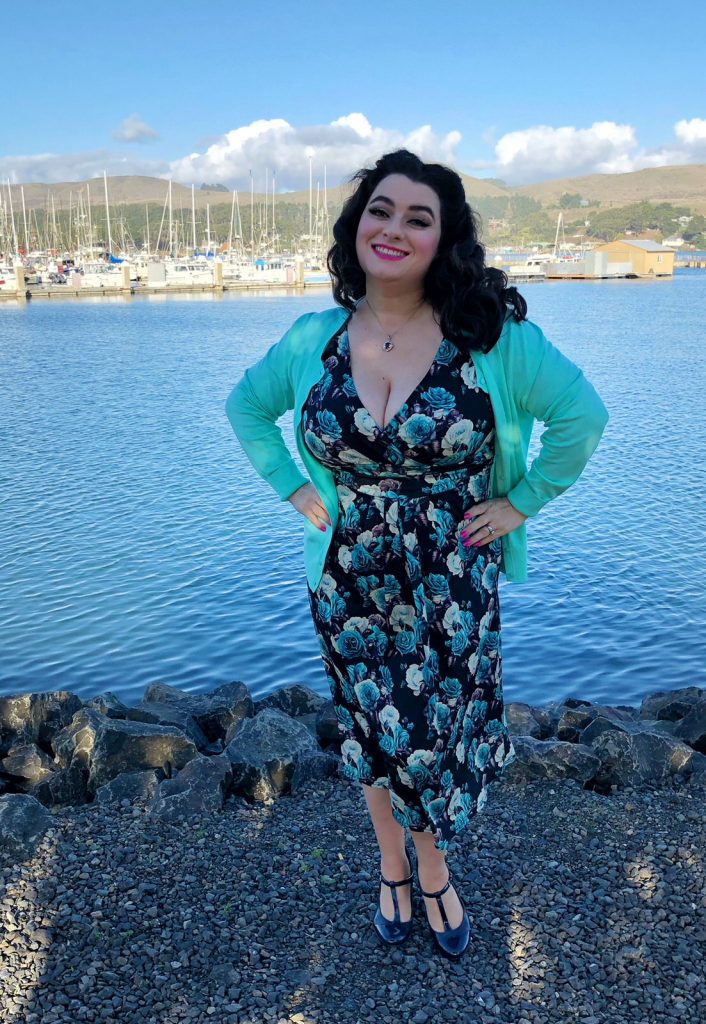 We are so fortunate to live in beautiful California where we are not having to deal with horrible winter temperatures and weather. It was a lovely weekend and we had a spectacular outing in Bodega Bay. I got to wear my new Ada dress from Lady Voluptuous in Teal Rose. We found a lovely picnic spot by the bay for some photos and a marina. 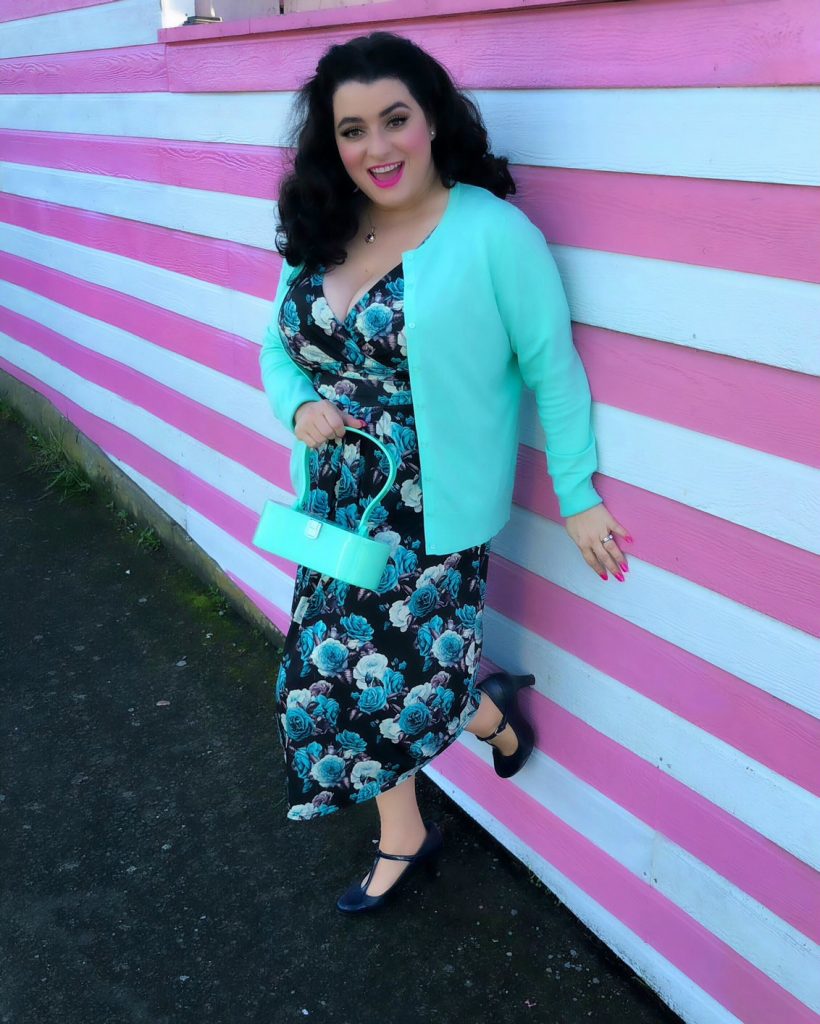 Driving through town we stopped at Patrick’s Salt Water Taffy for some goodies and I love the pink color of the building… perfect for a sea side treat shop!! We had lunch at a lovely spot overlooking the water and look who I found outside – Charlie Brown and I just had to stop and pose with him. My dress was so comfy all day and I love the fact that it does not wrinkle. I added a cardigan and cute purse from Lola Von Rose.

Bodega Bay is where the famous Alfred Hitchcock movie The Birds was filmed and I have posted before pics of the school house and church, you can read about it here and see some neat pics – Bodega Bay Bombshell – Hitchcock Heroine Style. The hubby and I had a wonderful day out at Bodgea Bay!! All pics by my hubby Gary 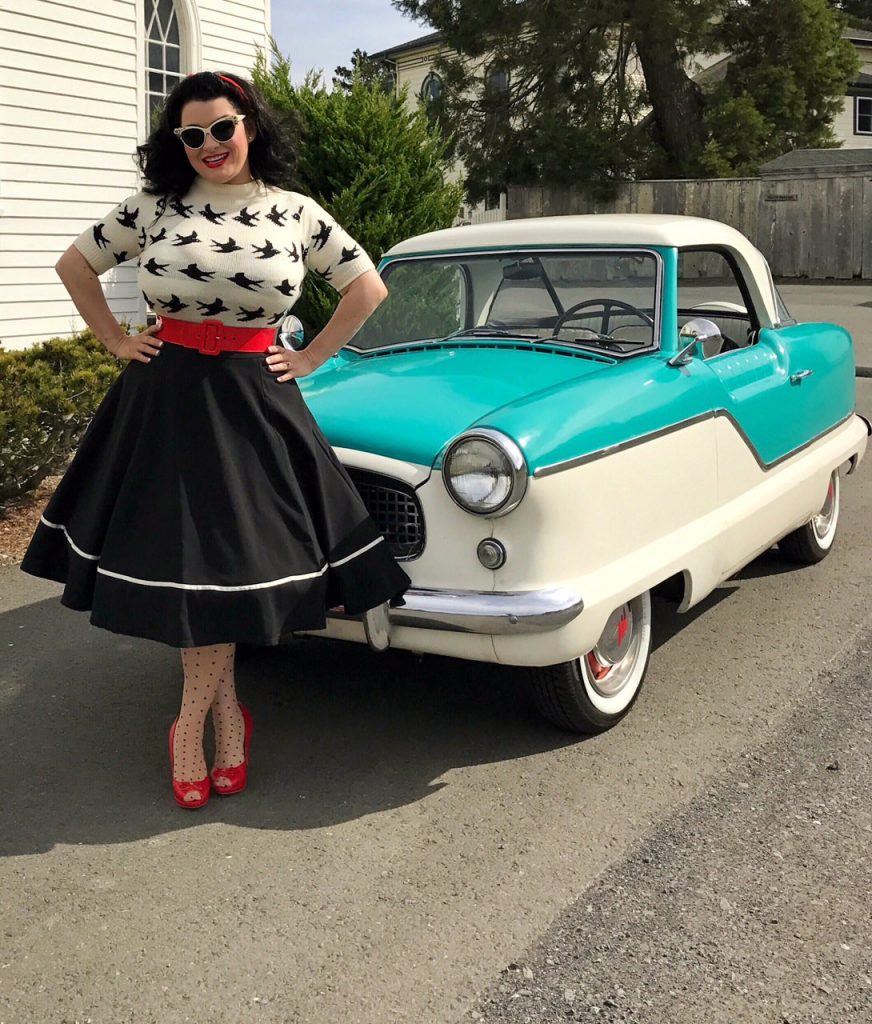 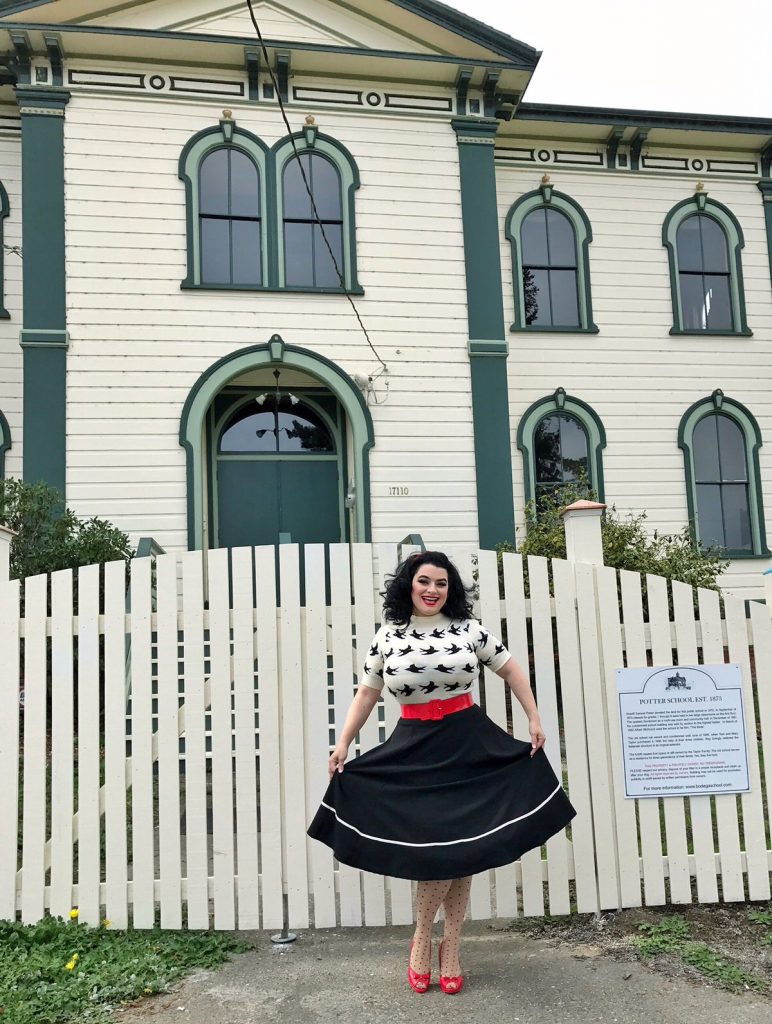 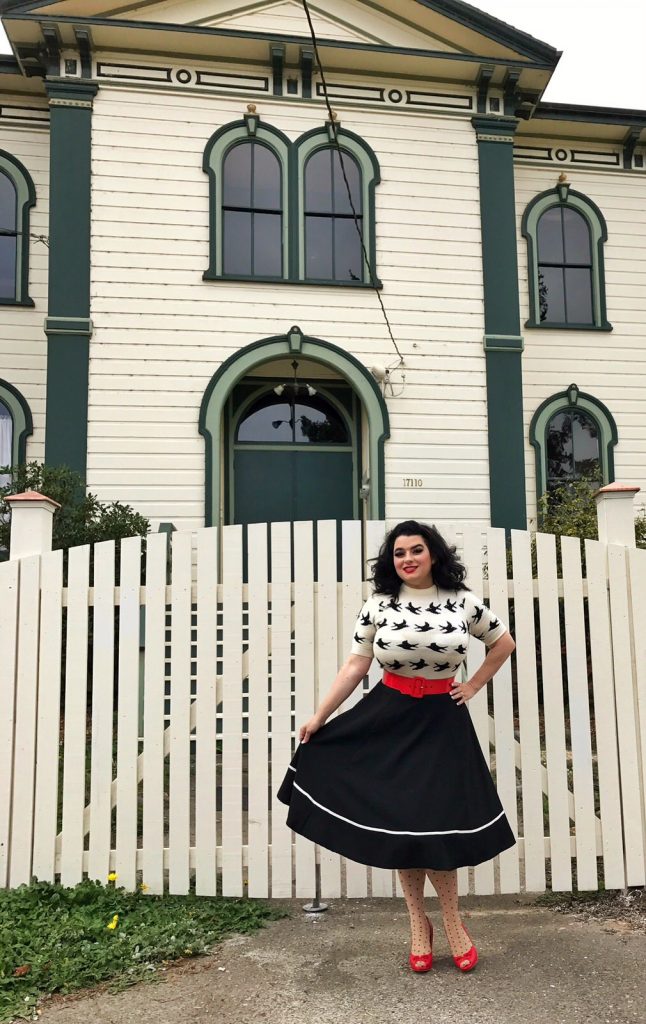 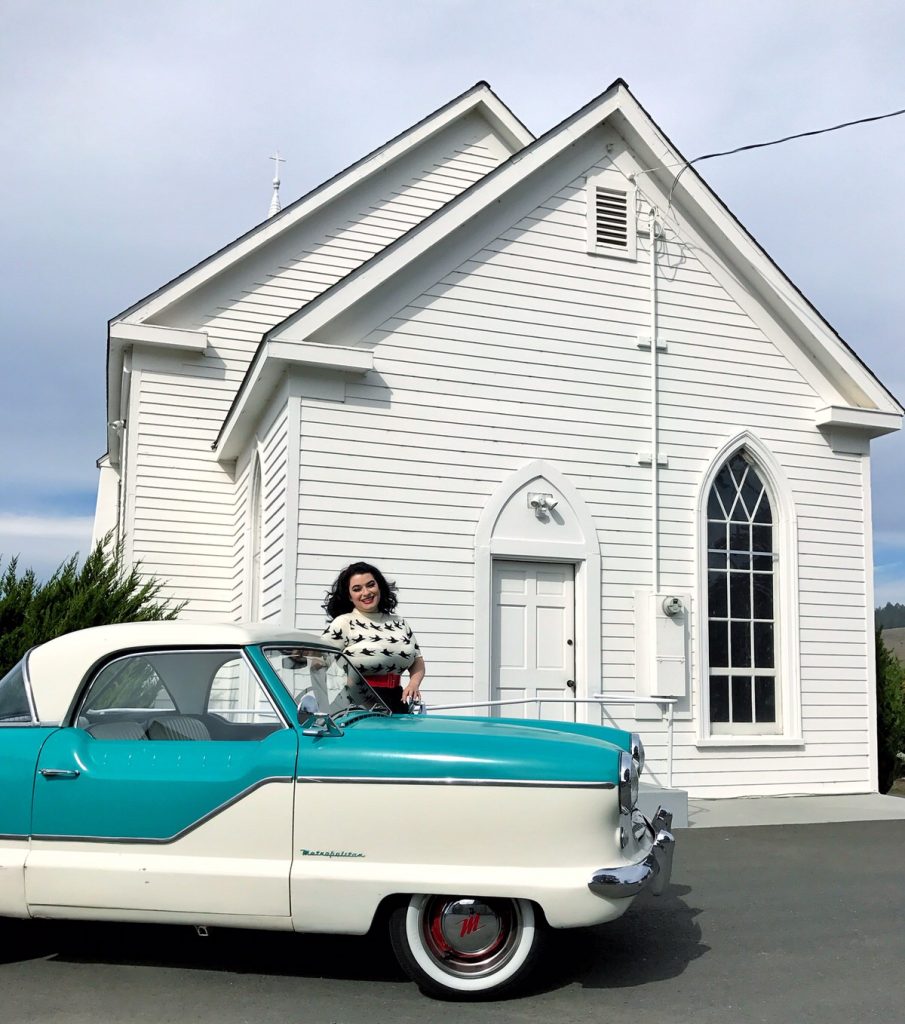 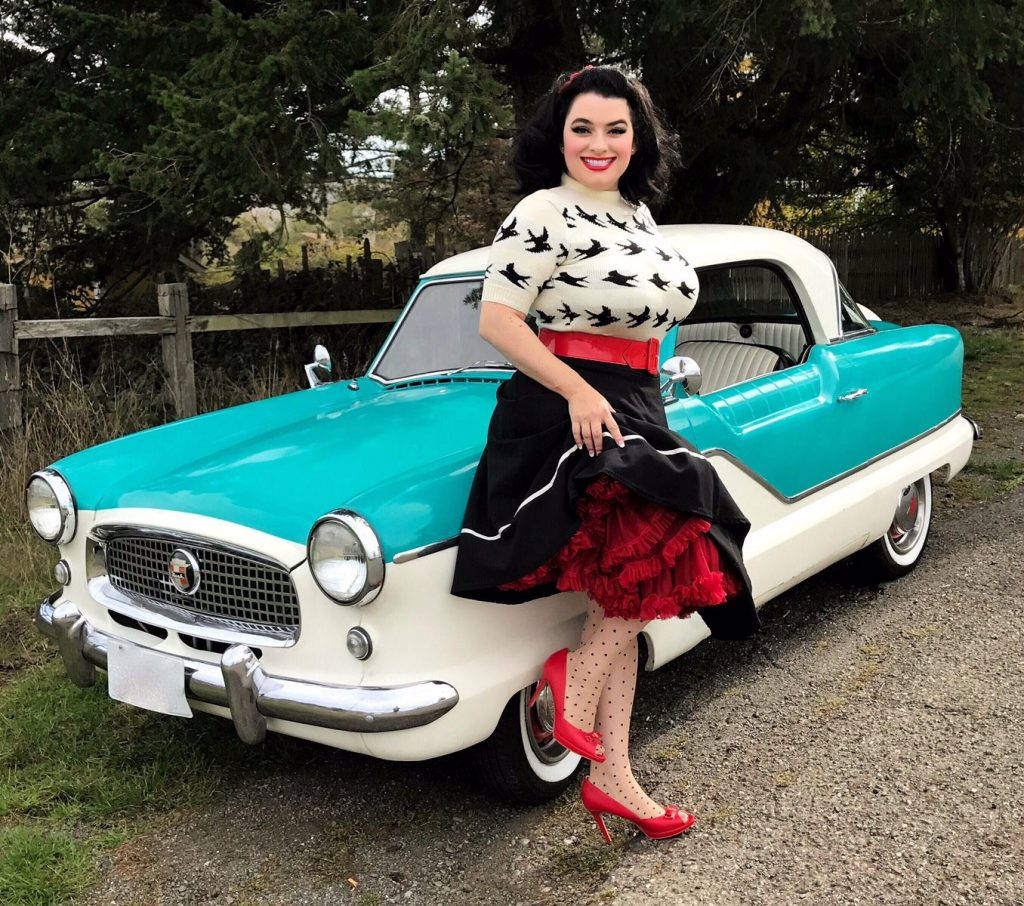 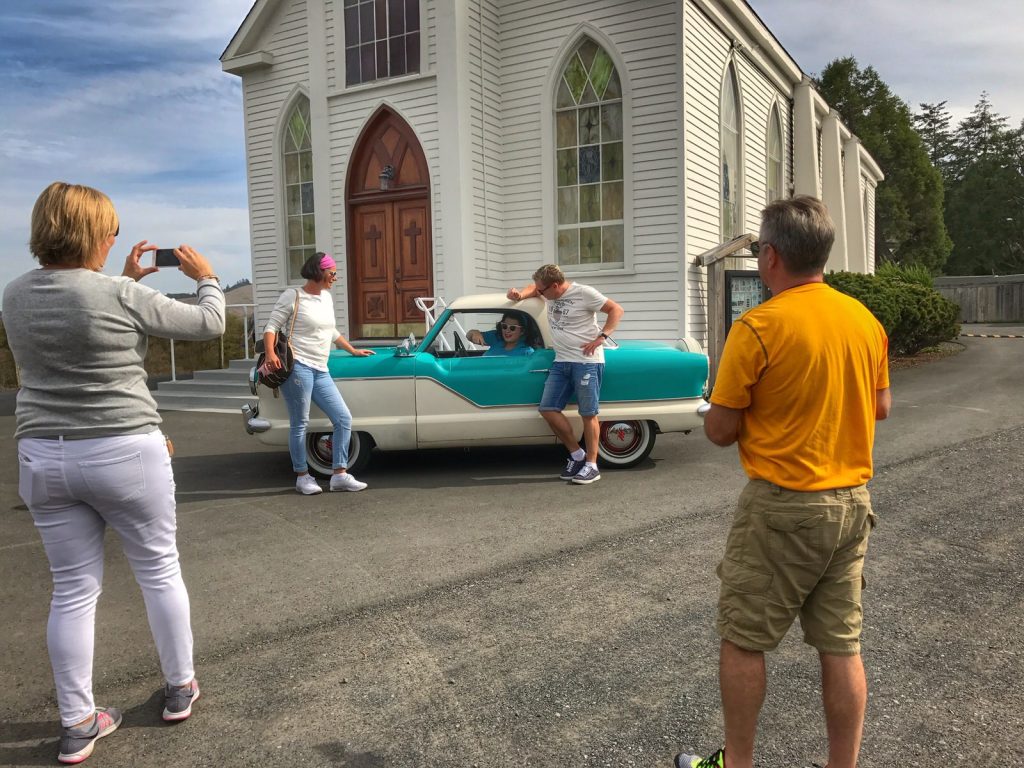 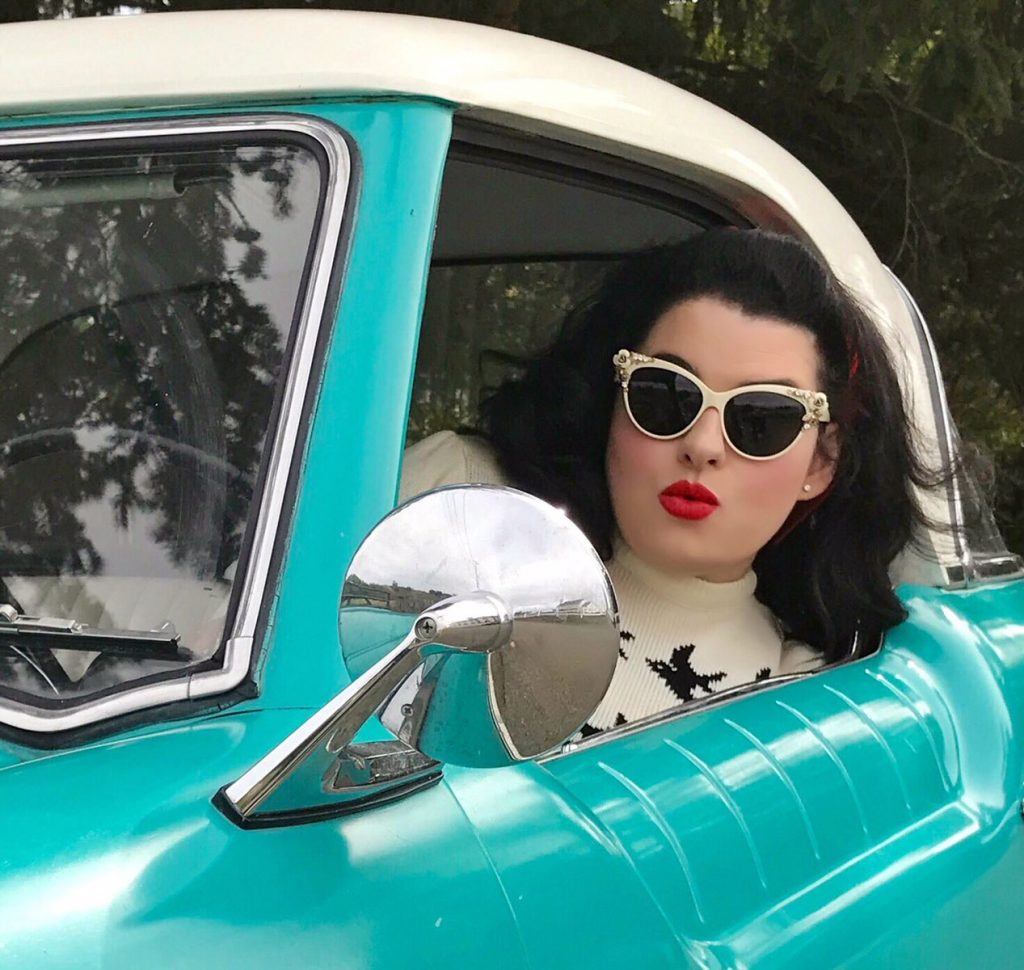